Start where you are.  Use what you have.  Do what you can.
– Arthur Ashe 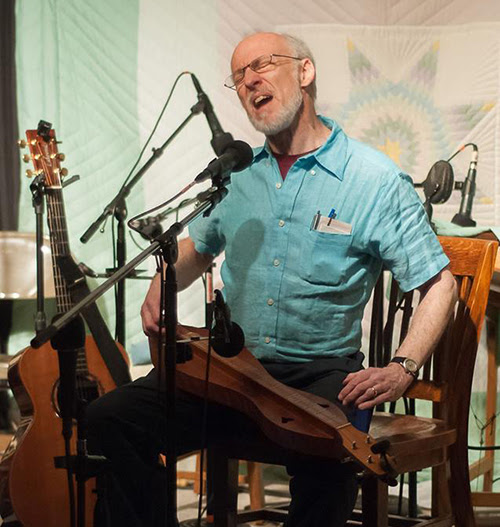 DulcimerCrossing.com will be presenting a FREE concert for all Premium Members streaming live via Concert Window. Sam Edelston is an entertainer with many facets. In recent years, he has been pushing the creative boundaries of the mountain dulcimer. He also performs on guitar, banjo, and occasionally hammered dulcimer, and sings. He does songs that span the rock & roll era and decades before that, plus folk, original songs, funny songs, shout-alongs, and more.

Sam Edelston is on a mission to make dulcimers as widely known as flutes and fiddles. His videos have been viewed half a million times, including his performance of Led Zeppelin’s Whole Lotta Love, which is one of YouTube’s most watched mountain dulcimer videos.

Sam likes to show how much a mountain dulcimer can do beyond its folk roots, so expect to hear some “old standards,” pop, rock, country, maybe some originals, and a few surprises – including many songs that he hasn’t previously posted online.
For more information about Sam, visit www.SamTheMusicMan.com.

Join Dulcimer Crossing as a Premium Member to receive the link!