I am so excited to introduce you to this brand-new instrument. I have been waiting for it for over a year and it is finally here!

Robert Stephens of South Carolina (StephensLutherie.com) has been working with Aaron O’Rourke (of Chattanooga, TN) to develop a new fingerstyle dulcimer that can also work when strung with nylon strings.

Below is my happy introduction of this beauty to you!

Several lessons featuring this instrument for the Fingerstyle and Classical series on DulcimerCrossing.com are in development.

I was picking through my photo archives and was so delighted to uncover these photos!

Tam Kearney was a mainstay in the Toronto folk music scene after growing up in Glasgow and then moving to Canada in the 1960s.  Unfortunately for us, he passed in 2013.  (Read Ian Robb‘s eulogy in SingOut! Magazine here.)

I was on tour in Toronto in March of 2017 and was able to play a house concert for Lynn Westerhout, Tam’s spouse, and she allowed me to borrow and play on (2) of his hand-crafter instruments for the concert and the day of workshops the following day.

(You can read my blogpost about the concert here)

The first dulcimer I am calling Shamrock because of the soundhole shapes.

The second dulcimer I am calling Heart because of the soundhole shapes.  (For some reason the shamrock inlay adorns the heart dulcimer!)

I wonder how many more treasures like these are spread across North America?

Let us know when you spot one, see if you can play it, take pictures and we’ll share it here!

I was honored to be the American mountain dulcimer tutor for the Nonsuch Dulcimer Club’s Fall Festival in Malvern, England last month.

Thanks to Geoff Reeve-Black, I was also able to see some historic mountain dulcimers from his collection that I am pleased to show to you here:

This one was built by Edd Presnell from North Carolina.  Some people find the traditional wooden tuning pegs to be a challenge (and a chore!) but these operated smoothly, AND accurately, even though I was coaxing the instrument into a couple of different tunings.

The second instrument was built by Sam Carrell of Tennessee.   Like the Presnell dulcimer, this one also had friction pegs, but has the classic “fiddle” shape that Mike Clemmer also builds with in Townsend, Tennessee.  Like Mike’s, this one is also built to be strung as a 5-string instrument, but Geoff had it set up as a 4 equi-distant string instrument.

As I took the photo of Geoff, holding the Presnell dulcimer above, he quipped:  “Ah, a photo of two fossils.”

That makes me one grateful dulcimer paleontologist for sure!

And here is a view of our multi-instrument jam in the Lawnside Room on the first night!  (This was just a harbinger of all the good music shared throughout the weekend.)

And this photo is the clear evidence that this dulcimer festival was taking place in England.  Where tea (and coffee) were served twice a day, and after tea-time, the bar opened for the rest of the evening, throughout dinner and the evening jam session.

The only real mistake is the one from which we learn nothing.
– John Powell

I Learn More from My Mistakes Than Successes.
Do You?

I love to play through a tune perfectly, time after time, but lets get real – in my world, that simply doesn’t happen.  I fail to play a tune perfectly more often than I succeed. But mistakes can be good. In every mistake, there is the potential for growth. They can help me, if I will just take time to do the work.  For example …

Mistakes help me to think laterally.  There may be a skip and a jump with my hammers that just isn’t working.  Repeating the same mistake over and over is just teaching my muscles to follow the wrong path.  So I usually try to think of another approach for playing the same run or chord. 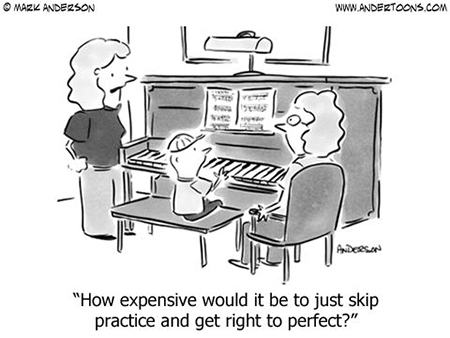 Mistakes reveal my weak areas.  If we’re honest, we have to admit that we all have weak areas.  I still can’t do a smooth “multiple bounce roll” with my left hammer.  And I’ve tried.  I always have to plan my arrangements so that technique lands on the right hammer.  Wouldn’t it be better if I started developing that skill with my left hammer too?

Successfully correcting a recurring mistake builds confidence.  When I finally begin to play through a section correctly, and without slowing down through the part that was giving me a headache, I feel ready to give myself a new challenge.  I am encouraged by knowing my desired outcome is one measure or one section closer.

Mistakes build character. When we’ve “messed up” enough times, a musician can go one of two ways! We can choose to throw in the towel, pack up our instrument, and lean it in the corner. Or we can learn from the experience, gain confidence, build character, and become more of the musician that we ideally wish to be. 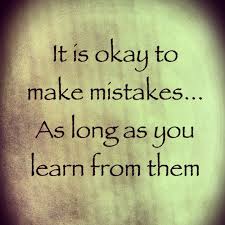 I choose to keep on keepin’ on, until I can play through successfully.  How about you?

If you have any questions, always feel free to ask Steve or myself.

A few years back my spouse, Connie, and I had a warm and welcoming visit with Janita and Bob Baker of Blue Lion Instruments in Santa Margarita, California.

Watching people work through their rhythms and share their craft is a treasure and joy (for me: especially when there is a sawdust smell!)

A hallmark of these beautiful mountain dulcimers is the inlay that Janita creates for the fretboards, at the request of the new owners of the instruments.  (Picture above)

But these hand-crafted instruments are also beautiful in tone and in well-earned reputation.  The “secrets” of how this happens are actually not secret to anyone who builds wooden instruments.  Patience, attention to detail, good materials, thoughtful design.

In Pete Seeger‘s television series, Rainbow Quest, Episode 26, he hosted folklorist Frank Warner.  At about 26:27 they begin discussing Frank Proffitt, including some film of him playing his banjo at the Newport Folk Festival (begins at 40:09)

Frank is most well-known for preserving the song Tom Dooley,

Earlier in their conversation, Pete relates an exchange of letters between Howie Mitchell and Frank Proffitt about dulcimer building.  (38:27-38)

(Note:  Howie Mitchell’s Hammered Dulcimers:  How I Build them, was one of the references that I consulted before and during the building of my first two hammered dulcimers.)

Posted by Steve Eulberg on May 30, 2018 in building, history, mountain dulcimer

The WordPress.com stats helper monkeys prepared a 2014 annual report for this blog.

The concert hall at the Sydney Opera House holds 2,700 people. This blog was viewed about 11,000 times in 2014. If it were a concert at Sydney Opera House, it would take about 4 sold-out performances for that many people to see it.

Thanks for reading and commenting and sharing this blog with others who love dulcimers!

Let us know  if there is something you’d enjoy reading about or find particularly helpful for your playing!

Building Your Own Instrument?

I’ve this said this over and over again:

“If I hadn’t built my first dulcimers, I probably wouldn’t be playing them.”

I’m not kidding.  I played piano, trumpet, harmonica, guitar and mandolin before I ever heard a dulcimer (of either kind.)  I first heard both kinds of dulcimers in college, played by traveling musicians who performed for us.  The sounds were deeply implanted in me, because now playing these instruments is a large part of how I make my living.

But I never felt I deserved (or could afford) to play another instrument.

I first bought a FolkRoots mountain dulcimer kit from a Guitar shop on North High Street in Columbus, Ohio, co-owned by David Brose, now the folklorist at John C. Campbell.  I built it and then  carried it with me from Ohio to Michigan to Illinois to Colorado before it finally let me play the music I knew on its strings.

I bought both of my hammered dulcimer kits from the Hughes Dulcimer Company in Denver, CO.  Virgil Hughes ran that place for many years.

Unfortunately, I had to re-build them several times and finally decided I would leave the building to others so I could focus on playing!

I have had several people approach me asking about the cost of buying one, and others whose first question is, “Did you build your own instruments?”

When I first was attracted to the sound, I was certain that I couldn’t afford to play these instruments, because they would cost too much.

I discovered a few things.

1. These instruments were much more affordable than I had feared.

2.  Building my own instruments saved me money…the first time. But each time I had to re-build (6 times in the case of one instrument!), the cost of that instrument went up and up….multiplied by my own frustration!

3.  The first thought of my personal unworthiness had nothing to do with the cost and value of instruments, but a lot to do with my own feeling of unworthiness.  Working on those issues went beyond the realm of music, but because I did, the music is now even MORE precious than before!

So here is my questions for you:

Are you building, or did you build your own instruments?

What resources helped you?

Are you glad you let someone else do the building?

What do you recommend to others who love the dulcimer sounds, but are not certain they can afford to play them?