In our first LiveStream learning session, Steve covered capos and key changing for chromatic instruments (guitar) and diatonic instruments (mountain dulcimer) in this 60 minute session. (Click on the video above to watch for a refresher, if you weren’t able to be present live.)

Here is the Handout for Guitar-Friendly Keys

He also teaches lessons for the use of a capo in DAd and DAA tunings at DulcimerCrossing.com.

Subscribers get full access to ALL the lessons ALL the time!

LOOK at the home page of DulcimerCrossing.com

If you have a question that you’d like to have included in these sessions, please email steve: steve@dulcimercrossing.com

This is a pay-what-you-can show (as little as $1 or as generous as you feel) and you can watch from the comfort of your own home on your computer, or tablet or phone.

Here is the link to purchase tickets and get reminders about the upcoming show so you don’t miss it!

Steve also published his new book/CD this summer: Dulci-Bro: Method & Resources for Playing Resonator Dulcimer and it was used as the text for a week-long class at Kentucky Music Week in June.

(And just a hint: Steve’s Patrons save extra $ with their Patronage coupons each month.)

At DulcimerCrossing.com, we love being able to present all kinds of dulcimer performances for our Members.

We finished last month with a concert by 2013 National Hammered Dulcimer Champion Katie Mortiz and her guitar side-kick Skip Siddick.

Here is the Highlight Video she chose and we are excited to share it with you.

Basic Members have access to these Live Events every quarter.

Want to join us, too?

As Katie demonstrates, this is a LOT of fun!

While on tour in southern California in August, DulcimerCrossing instructors, Erin Mae Lewis and Steve Eulberg arrived early for their gig, Peter Alsop’s Kids Koncerts (Dulcimer-Wellcimer) at the “magical treehouse” of Will Geer’s Theatricum Botanicum.

Erin took these photos as we prepared for the pre-school kids concert on Sunday morning.

As Erin relates in this highlight video from their recent Concert Window show, Steve was playing this new composition, inspired by the setting, during the sound check for his guitar.

She came to the stage from the second floor green room and joined in to complete the tune, which they named for the location that inspired it.

This Highlight Video will also be available on the Live Events page at DulcimerCrossing.com.

Each of us loves to have a trusted and reliable location to learn of the things going on that are important in our universe.

For many years EverythingDulcimer.com was that place.

As that website moves into an historical position in the internet dulcimer world, we want to be certain that none of us loses access to the information about upcoming Dulcimer Events.

We have been hosting Live Events at DulcimerCrossing.com as a benefit for our Basic and Premium Subscribers.

We have added a Dulcimer Events Page to our website (see the 6th tab from the left at the top). Our vision is to provide as complete a list of dulcimer events as possible – including not just festivals, but also workshops and concerts by dulcimer artists.

You can sort this database and look over upcoming events according to the start date, type of event, name of event, location, city, and state. Just click on the column title to reorganize the information.

Please feel free to let us know about your upcoming event by using the Dulcimer Event Information Form. And always keep an eye on our Live Events Calendar, for upcoming concerts sponsored by Dulcimer Crossing.

Enjoy Wendy playing “King of the Fairies” on her mountain dulcimer.

Wendy Songe is an award winning singer, songwriter, multi-instrumentalist, poet, performer, teacher, and Nationally touring musician. Her music weaves an eclectic tapestry of diverse instruments, cultures, and songs from across the globe. Wendy promotes music education, teaching private, group and online lessons to students of every age and experience level. She also volunteers her time and talent, giving hundreds of hours of hands-on music enrichment to disabled adults, through her Pay-it-Forward initiative with community non-profit outreach agencies.

Wendy’s Concert Window show on Wednesday, May 23rd will feature the mountain dulcimer. The event is for ALL members. It’s a concert you don’t want to miss! Click here to attend.

Posted by Steve Eulberg on May 23, 2018 in Live Events, special event, subscriber news

Back when I gave my daughter a Backyard Dulcimer kit for Christmas when she was five, I don’t even think I could have imagined the joy that playing a full concert set together would bring to this Papa’s heart!

Recently we gave an Advent concert on Concert Window and this is the highlight video of one of our family’s favorite tunes:  Mary & the Baby (Sweet Lamb)  [My $25 Patrons have access to the entire archive video of the concert on Patreon]

This traditional tune was collected in Texas where it was part of the Christmas Watch tradition of singing through the night until the dawn broke on Christmas morning.

My recording of it on ‘Twas in the Moon of Wintertime is also featured in one of my Advent Daily Devotions for Day 17 of Advent.

I also teach a Mountain Dulcimer Lesson of this tune on DulcimerCrossing.com which you can see previewed here.

Plan to join Larry and Elaine Conger on Sunday evening, December 17, for a concert of holiday favorites from their home in Gatlinburg, Tennessee. This concert will be streamed live on ConcertWindow.com.

Listen as Larry and Elaine extend a personal invitation to their home and the concert.) 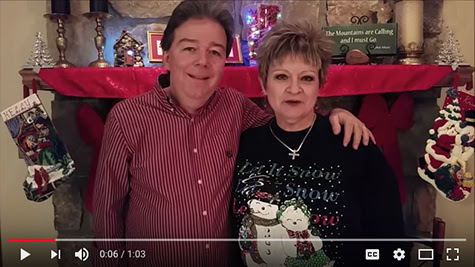 These photos are from the Berkeley Dulcimer Gathering‘s Faculty Concert, June 2017 where Larry and Elaine were headlining Teacher-Performers.
Leave a comment

Posted by Steve Eulberg on December 16, 2017 in Live Events

Karen Alley, 2014 National Hammered Dulcimer Champion, has been on the faculty of the Colorado Dulcimer Festival for years and shared one of her Habits for a Healthy Music Habitat with premium subscribers of DulcimerCrossing.com.

This Sunday, December 3rd, she will play a live, interactive ConcertWindow Show for DulcimerCrossing Subscribers!

[If you are not familiar with ConcertWindow, this is an internet platform that allows performers and watcher/listeners to connect with each other from the convenience of their own locations, using their computer, tablet or phone!  DulcimerCrossing began offering these as a benefit for their members January 2016.]

Karen was playing the fiddle at a folk festival in 2004 when she discovered the hammered dulcimer, and found that she could make much nicer sounds on the dulcimer than on the fiddle. Hammered dulcimer rapidly became a passion, and she now teaches and performs across the US.

Her repertoire ranges from Celtic to classical to hymns to show tunes, and her style combines percussive techniques with the rich harmonies and broad dynamics that make the dulcimer one of the most expressive instruments used in the folk community.

She has released two albums showcasing a variety of styles, as well as two books: “Beyond Melodies, Using Chords to Add Harmony,” which demystifies music theory and playing harmonies with melody lines, and “Christmas with your Dulcimer,” a book of arrangements of favorite Christmas carols for beginner and intermediate players.

When she’s not playing the dulcimer, Karen is a glaciologist specializing in the ice shelves of the Antarctic Ice Sheet. She also teaches in the geology department at the College of Wooster in Ohio.

“If I were not a physicist, I would probably be a musician. I often think in music. I live my daydreams in music. I see my life in terms of music.”
– Albert Einstein 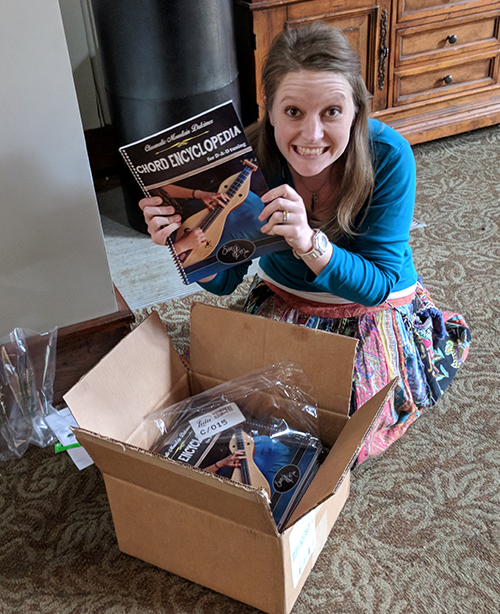